In supervised learning, we will have our input and output variables defined and we ask the machine to learn from the existing data and use that learning on unseen/future data for prediction.

This is a classic and basic example of a supervised classification algorithm.

Supervised Learning is in turn classified into :

In this article/blog we will discuss Linear Regression – The Theory in detail.

Before getting into the topic we will see what is regression?

Linear regression is one of the simplest, oldest, and important algorithms. This is the first algorithm that every data scientist/analyst and ML engineer will learn. It’s famous and significant because of the interpretability which the model offers.

Linear regression is classified into :

In SLR, the algorithm will first do a scatter plot between one input variable and one output variable. Then it will fit a line that minimizes the distance between each of the points in the feature space and the line.

For example, let’s say we take data where we have to predict the weight for the given height of the person.

1. Find the centroid C between x and y i.e C(mean(x),mean(y))
2. Draw a line from the origin (0,0) that passes through the centroid C.
3. Measure the distance b/w all the points in the feature space and the line using the formula below 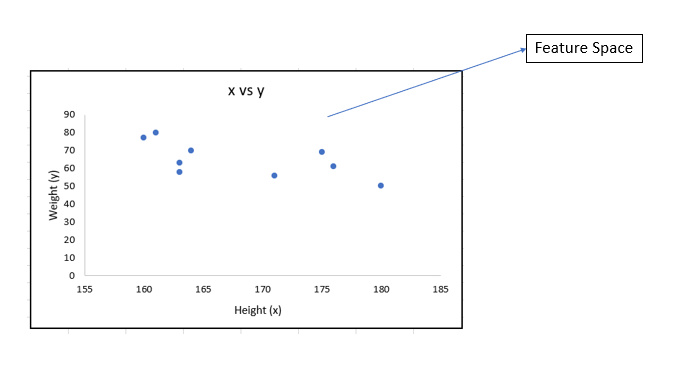 4. Now construct another line that should pass through Centroid but not the origin. Below diagram shows different lines that are possible. 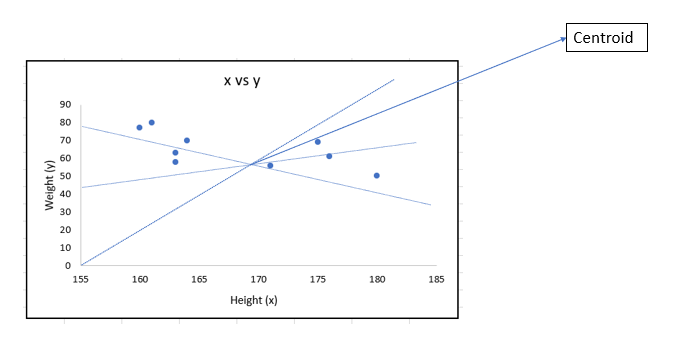 5. Keep on repeating the process until you find the line with the minimum distance which will be your best fit line. Below fig. shows the best fit line. 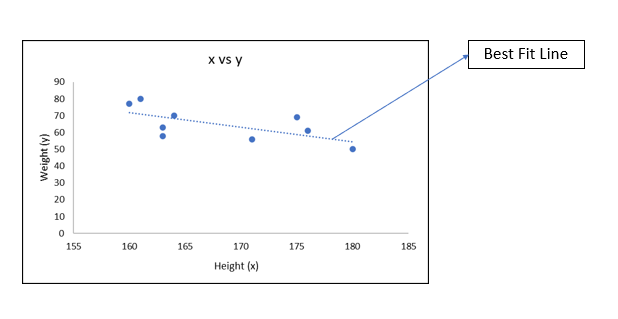 The best fit line will serve the purpose of being the predictor. It can be represented in the equation

For example, when a new person’s height(x) is inputted we will use this equation to find the prediction of weight(y)

Multiple linear regression follows the same process but instead of a line, it will be a plane. The process of finding the best-fit plane is the same as SLR but it will be in higher dimensions.

For linear regression to hold true and to use for business problems it should pass the four assumptions :

Linearity between x and y Once all these assumptions are cleared. We will check the  significance of the dependent variables which should be done using a hypothesis test.

If the p-value of a dependent variable is less than 0.05 it is significant else we should remove it from the model.
Industry-standard p-value should be less than 0.05 but depending on our application we can change increase or decrease this threshold.

Watch out this space for step by step practical implementation of Linear Regression in Python.